The underlying LVS account in Darwinex has closed the second quarter of the year with a loss of -1.87% (equity). During these months, volatility in forex market has continued at historically very low levels. On the one hand, some issues such as Brexit have been temporarily put off while, on the other hand, the US trade war with China continues and it does not seem possible to reach an agreement in the short term. Meanwhile, the FED has left the door open to possible interest rate cuts due to a macroeconomic situation with more shadows than lights. To this the ECB has answered maintaining the monetary stimulus at least until the end of the year.

Analyzing the results, you can see that the gradual drop in volatility has continued and that produce a negative influence, especially during June (-3.31%), after a very promising May (+5.60%). Among the currencies with the best overall result, we find the British Pound (+4.86%) while the Canadian Dollar has been the one with the worst performance in our portfolio (-4.32%). The JPY pairs have also been quite positive. Here you can see the table corresponding to each cross negotiated by volume: 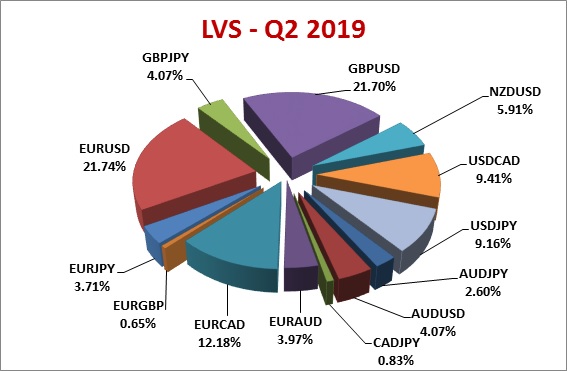 Comparing the first and second quarters, we noted that the crosses with GBP have gone from 33% to 26% of the total negotiated and we will be at this level until reaching a final solution to Brexit. On the other hand we have increased the weight of CAD and JPY currencies.

Next we put the picture that represents the quarterly profits/losses of each FX pair in the underlying account. The table also includes floating until June 30th: 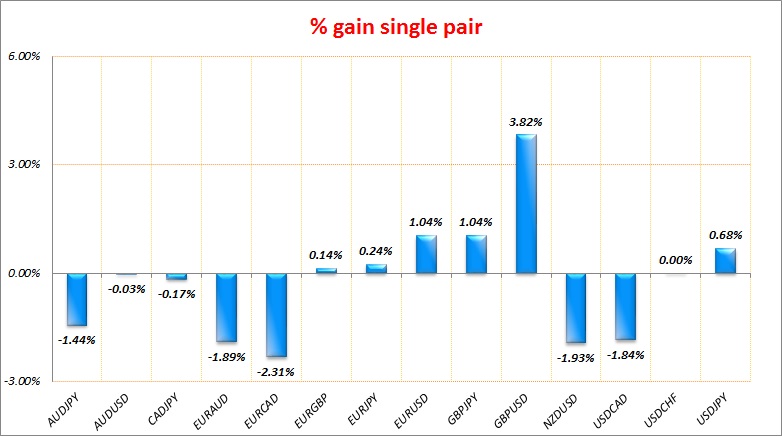 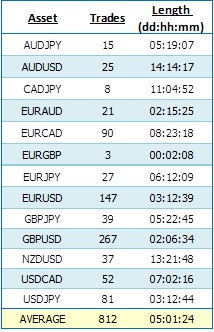 We still did not recover the drawdown we carry in last months. The red square represents the April-June quarter, showing the recovery attempt in May and the next decline. 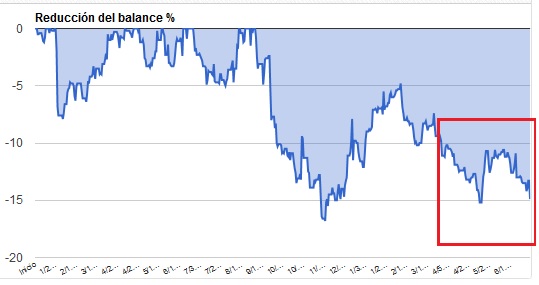 This quarter we carried on with the implementations that we have been adding since the middle of last year.

We continue to reduce more and more the scalping and retrace systems, which are currently below 30% of total volume. We think that volatility systems, using a proper diversification, can defend us better in a context of low volatility and will be more effective if forex market starts moving clearer.

The weight of the currencies will continue without major changes. However, we will monitor the Brexit issue closely.

The new strategies on indexes that we have been developing for a long time are very advanced (CFDs). The results in real accounts are very interesting. We will continue during the summer the development of several sets in DAX, NASDAQ and CAC40, and then decide how to implement them in our portfolios.